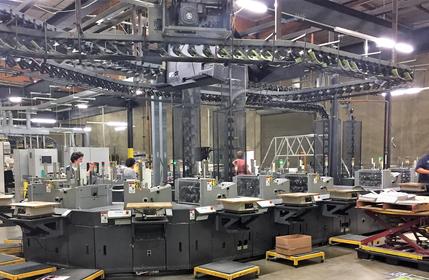 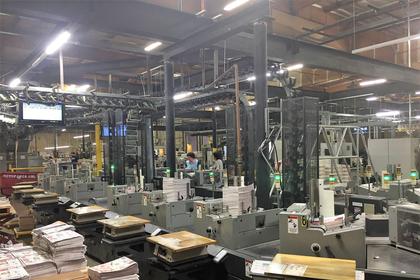 News from The Network

Bryan Carr, Vice President of Production for The Buffalo News, left, with Keith Hockenbery, President of The Network.

Investing in The Buffalo News Mailroom

The Buffalo News wanted to improve their packaging process, from preprint order entry to producing completed packages. They have contracted with The Network and BURT Technologies to achieve those goals, per Vice President of Production Bryan Carr.

First, The News is investing in operator training, provided by The Network’s Keith Hockenbery. An initial evaluation revealed that while their GOSS 630’s still run very well, the knowledge of the operators has been diluted over the years. Hands-on training in small groups has been very effective. “Keith’s years of experience and his training course bring back, to both our new and experienced operators, a consistent and fail-proof methodology for successful machine set-up,” says Carr. This systematic approach results in quicker change-overs and faster running speeds, crucial improvements as zoning gets more and more fine. Several rounds of training will cover day and night shifts so that everyone has the set-up and troubleshooting skills to be successful.

Why BURT? “Compared to others who claim the same niche of technology that BURT offers, BURT has been an established player since the late 1980s. In speaking with their customers, they were more than satisfied with system design, implementation, and customer service, including 24x7 support,” notes Carr. The systems have been improved over the years as BURT has incorporated feedback and best practices from dozens of newspapers, benefiting all their customers.

For more information about how The Network and BURT can improve your mailroom’s operation, contact Keith Hockenbery at khock@thenetwork.net or 913-669-3646. 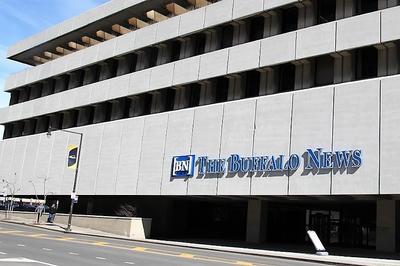 Gary Snider, Regional Production Director for BH Media, made a smart investment when he contracted with The Network to provide operator training at the Florence (SC) Morning News. After assessing the equipment and making minor repairs and adjustments, president of The Network Keith Hockenbery worked with the inserting machine operators. The primary focus was on better machine set-up, and helping them understand the theory behind the machine, not just which buttons to push. The results were outstanding: They more than doubled the throughput on their Sunday package. And, overall “Since Keith provided the training of the SLS-1000 operators we have seen a 23% reduction in labor cost in the mailroom,” said Snider. Wow!​ 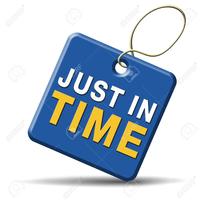 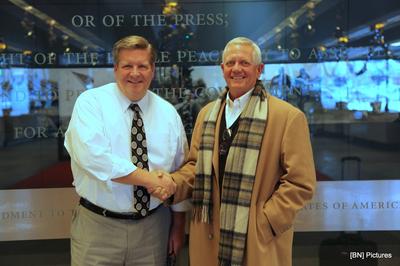 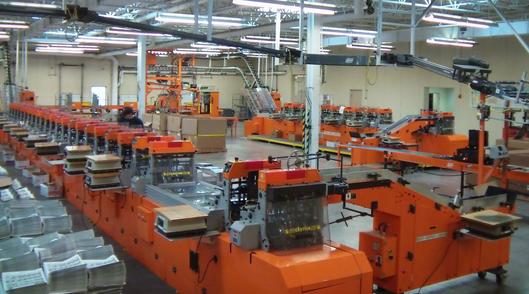 Audit and Training Avert Disaster at the Chronicle-Telegram
​Avoiding costly down time is a high priority for Mailroom Manager Dave Demyan at the Elyria (OH) Chronicle-Telegram. That’s why he brought in The Network to audit their equipment and provide training for the team. The timing was excellent, as The Network’s president, Keith Hockenbery, discovered a drive shaft in danger of failure, which could have shut down one of the two inserters for days. There were also some very worn bearings on the overhead conveyor. Those parts are being replaced, avoiding serious problems.
The operator training also proved its worth right away. Keith was able to explain how the machine was intended to be run, which was somewhat different than the way they had been running it, Demyan admitted. The operators can also now refer to booklets with set-up tips provided by The Network. Result: Unopened jackets are down 20%. After the on-site work was completed, Keith made multiple follow-up calls to make sure there were no remaining issues or questions. That kind of customer service is “sometimes lacking, and very much appreciated,” said Demyan.

Digital First Media’s acquisition of Freedom Communications had many facets; optimizing production was an important one. The newly-formed Southern California News Group comprises 11 daily titles, so “It was important to take advantage of the opportunity for economies of scale,” says Joe Boessenecker, Vice President of Production for Digital First Media / Media News Group. In less than 15 months, printing has been consolidated in Riverside and packaging at the Anaheim production facility of the Orange County Register.

The Network, headed by its president Keith Hockenbery, played a major role in transitioning the packaging operations. First, inserting equipment needed to be repositioned in Riverside to allow room for press expansion. The Network moved a Goss Heidelberg 2299 inserter, got it up and running better than ever, and provided training for the staff. They also helped to reconfigure the room and removed several pieces of obsolete equipment.

Next, two Goss Magnapaks were relocated from The Register’s Santa Ana facility to Anaheim, joining two GMA SLS-2000 inserters. This puts all daily and Sunday packaging under one roof. The complex project required close cooperation between The Network, architects, electricians, and machinery riggers and movers. The Network dismantled and then reassembled the Magnapaks, tested them, and got them up to full production. The electrical design of the Magnapaks is unique and presented many challenges, but The Network met them, no problem. According to Boessenecker, “They started right on time per the master project schedule.” The Network has completed several projects for DFM, clearly showing their confidence in Keith and his company to work on all types of mailroom equipment.

For help with your next project, contact Keith Hockenbery at 913-669-3646 or khhock@thenetwork.net.